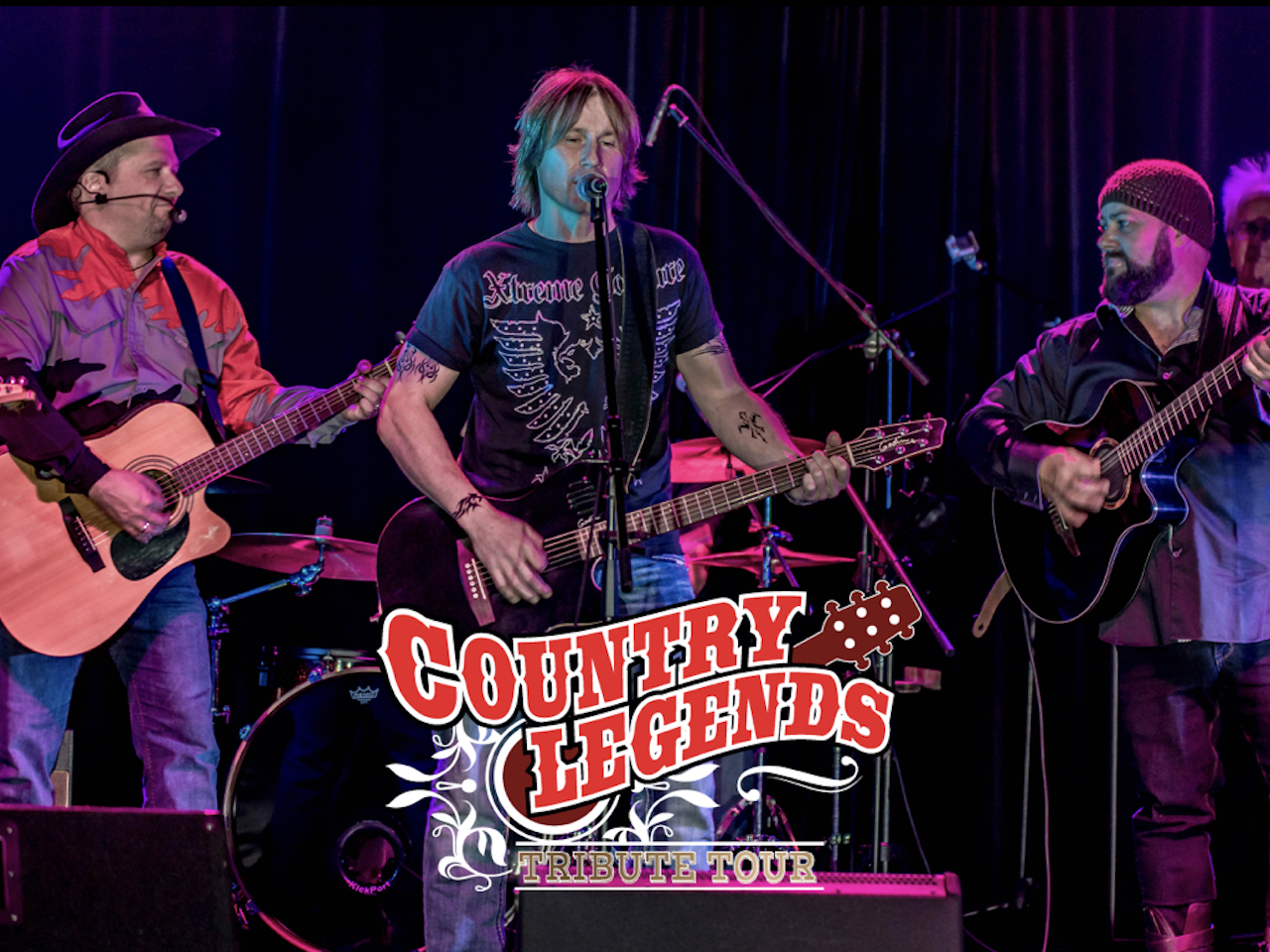 The Country Legends Tribute Tour is now firmly established as North Americas number 1 Country Music Tribute show featuring the music of the biggest names on the American scene including Garth Brooks, Keith Urban and The Zac Brown Band. The show includes well known musicians hand picked by the impersonators in who between them have a wealth of experience and glittering careers than span over 30 years. Each singer will perform a string of hits from the featured artist and complete with authentic costume changes. To add the finishing touches to what will be a great show that has sold out several theatres on the tour, there will be a grand finale with all three artists .

With 14 #1 songs, 28 Top 5 hits, a high-energy live show and countless accolades Keith Urban is one of the top entertainers today.

Michael Thomson is Considered to be the most look and sound alike tributes in the world.

With Songs like: Somebody like you, Kiss A Girl, Stupid Boy, Who Wouldn’t Want to be Me, Till Summer Comes Around, Days Go By, You’ll Think of Me And Many more….

Country singer Garth Brooks has sold more than 100 million albums during his career. His music successfully crossed over onto the Billboard pop charts. The live energy of this show is portrayed by award winning Les Smith who has travelled internationally for 20 years captivating audiences with his talent to impersonate such a country legend.

With Songs Like: Friends In Low Places, Two Pina Coladas, Callin’ Baton Rouge, The Thunder Rolls, The Dance, Ain’t Goin’ Down Till The Sun Comes up, Standing Outside the Fire….

Zac Brown is a country singer, songwriter, and bandleader, one of the brightest stars in a generation of performers set on changing the paradigm of the country music businessThree-time GRAMMY winners and multi- platinum artists Zac Brown Band have become one of music’s most heralded act. Elton Lammie has mastered the art of Entertaining audiences all over the world with his stage presence and voice. His performance is uncanny to the tribute of Zac Brown.
With Songs Like: Toes, Chicken Fried, Whatever it is, Free, Highway 20 Ride, Colder Weather, Knee Deep….

The Performers Bring it Home Together On Stage with A Medley of Country Rock Songs the Entire Audience Will Participate In!