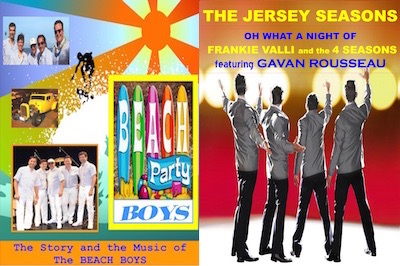 In 1962 and 1963 when John F. Kennedy was still president of the United States and before the Beatles came crashing in on The Ed Sullivan show, the two groups that predominantly held the attention of American audiences were the California Sound of the Beach Boys and the East Coast sound of New Jersey with The Four Seasons.

The Beach Boys big influence was the harmonic blend of the Four Freshmen, while the Jersey Sound was inspired by all the Doo Wop groups of the 50s and therefore inspired the harmony sound of the aforementioned.